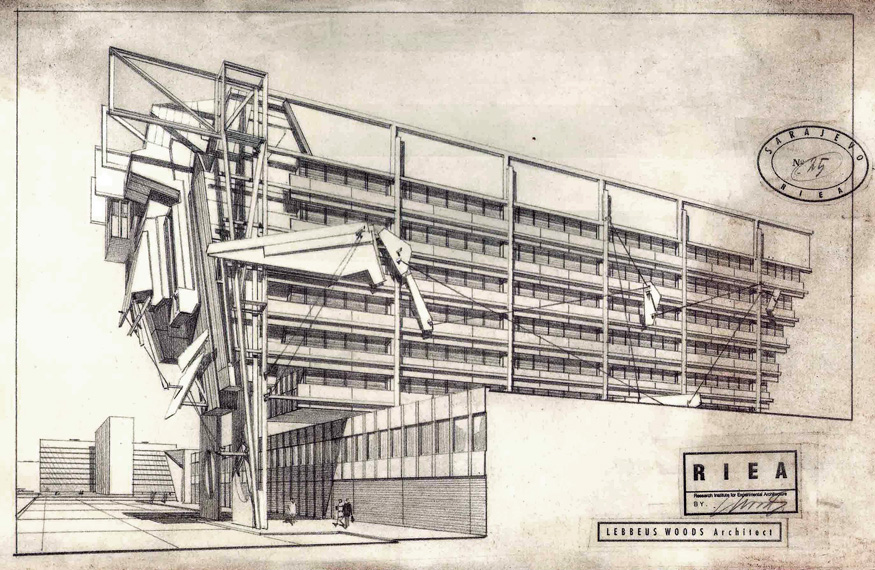 VIA’s Sean Ruthen has continued to be an architecture advocate  since graduating from the School of Architecture and Landscape Architecture at the University of British Columbia in 2001. Consistent with this passion, Sean has the good fortune of having his writing on the subject regularly published in several urban design and architecture publications, including Canadian Architect, Nuvo Magazine,  and Spacing, with over 50 book reviews and feature articles contributed to the latter.

The excerpt below is part of a featured book review from Spacing Magazine, which can be read in full at this link.

In Italo Calvino’s Invisible Cities, a fictitious narrative told by Marco Polo, the explorer recounts his visits to fantastical cities that defy description, despite his best efforts to try and summon them in our mind’s eye. The architecture of these cities could be one way to describe the work of the late Lebbeus Woods, especially so for his writing on architecture. What most may not realize, is that, for the last five years of his life, he posted regularly to his own WordPress blog space at www.lebbeuswoods.net. The site remains active to this day, with all the original posts.

Slow Manifesto | Lebbeus Woods Blog, a new book featuring a selected number of posts from his blog published by Princeton Architectural Press and edited by Clare Jacobson, provides a fitting last testament for this great mind that we lost in 2012. While the editor admits to not having followed the blog while Woods was alive, despite having edited several of his books, the 300 plus entries he made between 2007 and 2012 provide more than enough material. As such, 150 selected by Jacobson, also a friend of the late architect and artist, provide his musings on an astonishing range of topics—from the state of architectural criticism to his thoughts on the activities of his contemporary starchitects.

Mr. Woods is, of course, more known for what he never built, and for what he said about it afterwards. His reconstruction sketches of Sarajevo, done while he was covering the conflict there in 1993, are perhaps his most compelling work, and are in the book represented in a blog post called ‘The Reality of Theory.’ As he himself says in the post, “My answer was that architecture, as a social and primarily constructive act, could heal the wounds by creating entirely new types of space in the city.” That he is fighting the good fight for architecture is the recurring theme in the book, whether he is commenting on the housing crash in 2008 in ‘Bad Faith,’ or recalling his then new vision for the World Trade Centre site in the ‘Locus of Memory.‘