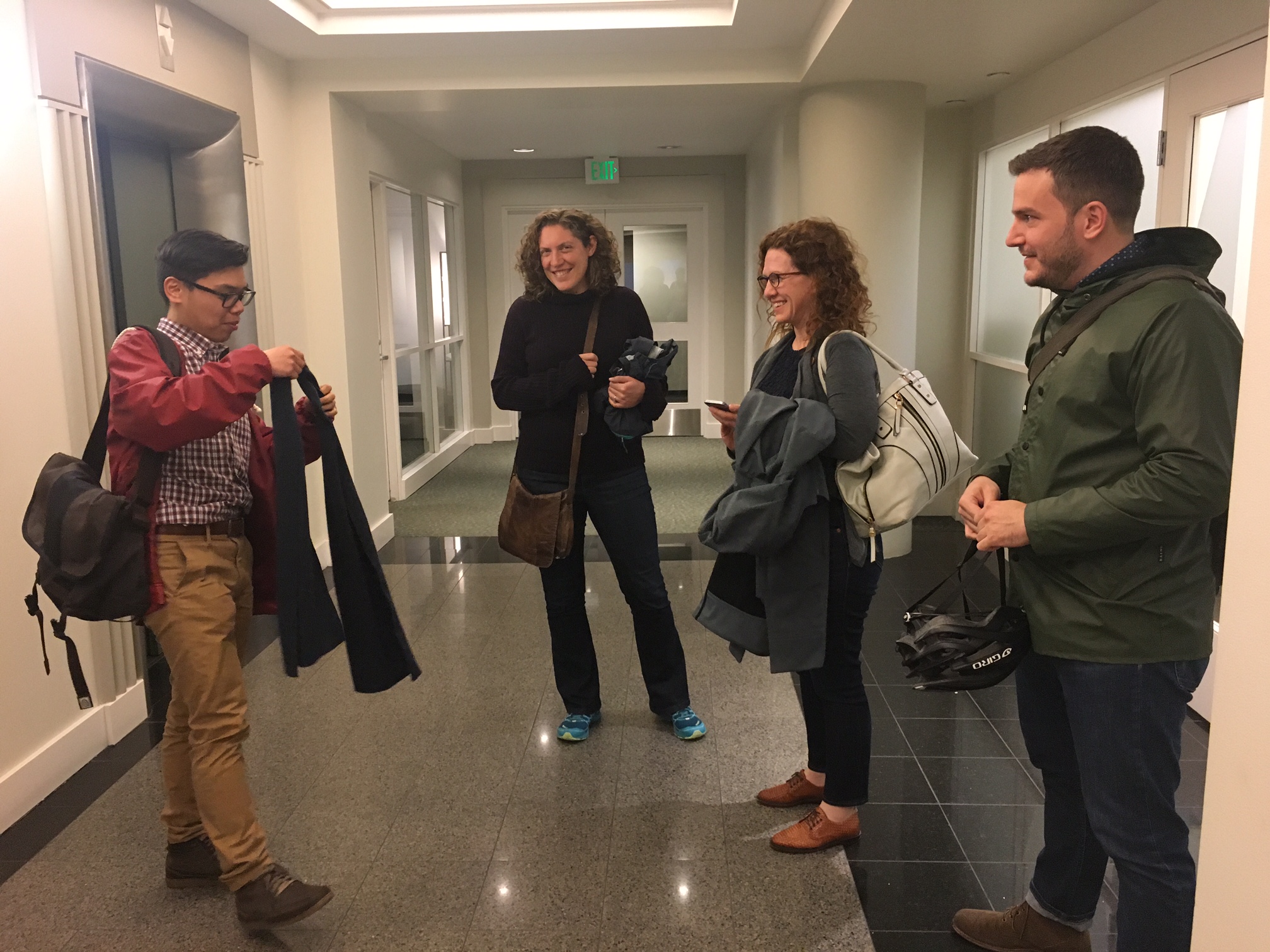 May is Bike Everywhere Month, a celebration of pedal-powered movement in all forms – whether it’s commuting to work or just enjoying the springtime weather. The Bike Everywhere Challenge allows cyclists to track their commutes and encourage friendly competition between their peers. Building off of this momentum, several members of the VIA team participated in the office’s second annual VIA Mobility Challenge.

Ready, Set, Go – Taking place during evening rush hour traffic, the challenge was for three teams to race half a mile from the office to a nearby destination via bike, mass transit, and foot. Each team was equipped with a stopwatch and camera to document their journey. Our goal was to see which transit mode could arrive at our destination most efficiently. We then discussed some of the advantages and challenges that each team grappled with.

1st Place – Arriving first was Team Bikes, who took to the streets with their bikes, locks, and helmets in tow. While other teams were able to leave the building immediately, the team needed to first visit the storage room to retrieve their equipment. Upon arrival, they also needed to find a location to lock up their bikes. Despite this, they arrived at our destination at an impressive 9 minutes, 44 seconds. Not accounting bike pick-up and parking, Google Maps estimates this trip taking 7 minutes.

Runner Up – Arriving second was Team Mass Transit, equipped with bus passes and a knowledge of bus stop locations and local routes. Limited to traveling on corridors with transit service and contending with potential service delays, they arrived at our destination two minutes later at 11 minutes, 22 seconds. For reference, Google Maps estimates this trip taking 10 minutes.

3rd Place – Arriving last was Team Foot. Despite having the most direct route with multiple options, they faced crowded sidewalks mixing shoppers, commuters, and tourists in all directions. They nonetheless put up a great effort, arriving five minutes later at 16 minutes, 2 seconds. For reference, Google Maps estimates this trip taking 15 minutes. 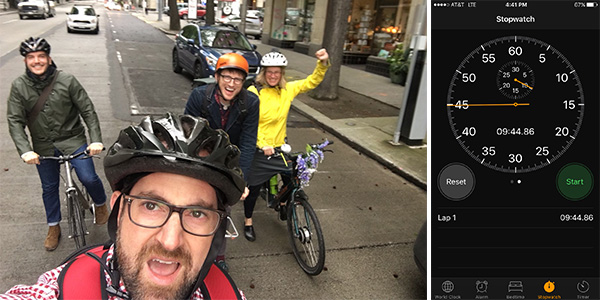 While this was a competition focused on traveling efficiency, there are many other interesting ways of measuring the viability of different transit modes to get us around, especially from environmental and equity standpoints. As our suite of transportation choices expands with new and interactive ways to get around town, we hope to test out other interesting transportation choices next year. Keep your eyes peeled – you may very well see a VIA team of hoverboards, E-bikes, and self-driving cars at our next Mobility Challenge!