Seattle Mayor Jenny Durkan, Councilmember Debora Juarez and officials at the groundbreaking ceremony for the Northgate Pedestrian and Bicycle Bridge, which will provide a safe and experiential crossing over Interstate 5, connecting the communities on either side of the highway.

February 5th marked the official start of construction as Mayor Jenny Durkham and officials led the groundbreaking ceremony for the Northgate Pedestrian and Bicycle Bridge in Seattle’s Northgate neighborhood.

The groundbreaking celebration for the Northgate Bridge was full of energy despite the soggy weather. Mayor Jenny Durkan, Councilwoman Debora Juarez, and several other officials spoke about the project to an audience under packed tents adjacent to the future Link light rail station. The speakers stressed the importance of the bridge for connecting communities to transit, neighborhood amenities, and educational institutions such as North Seattle College.

Even though construction is just beginning, the arrival of light rail and the future physical connection provided by the bridge felt imminent. Peter Rogoff, CEO of Sound Transit, underscored the arrival of light rail in 2021 to an equally excited crowd made up of community members, bike/pedestrian advocates, city officials, and design team members.

North Seattle College has thousands of students and staff that will benefit from the access that the Northgate Pedestrian and Bicycle Bridge and the light rail will provide. Without a doubt, this project is an educational lifeline for our students.

New renderings demonstrating the future community connections and showcasing how the bridge will be viewed from I-5 were created for the event. Take a look below! 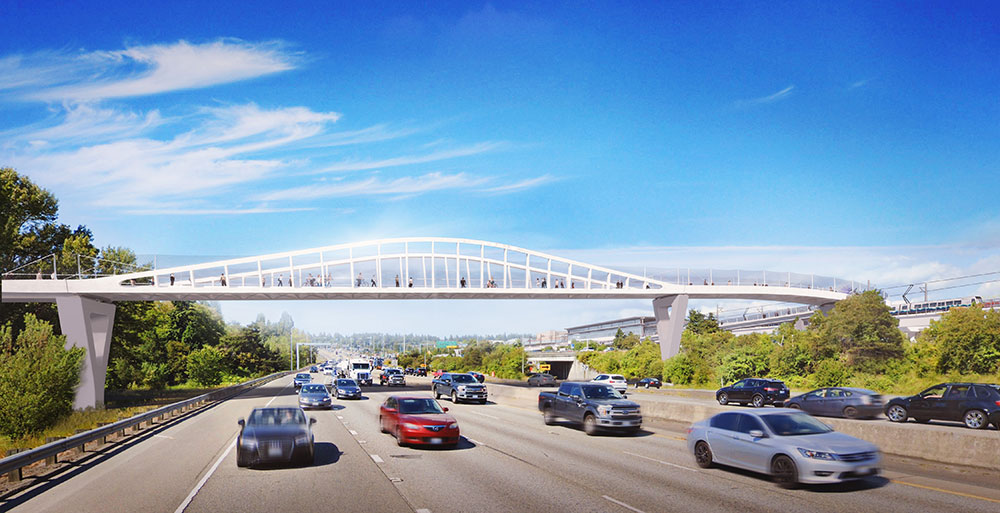 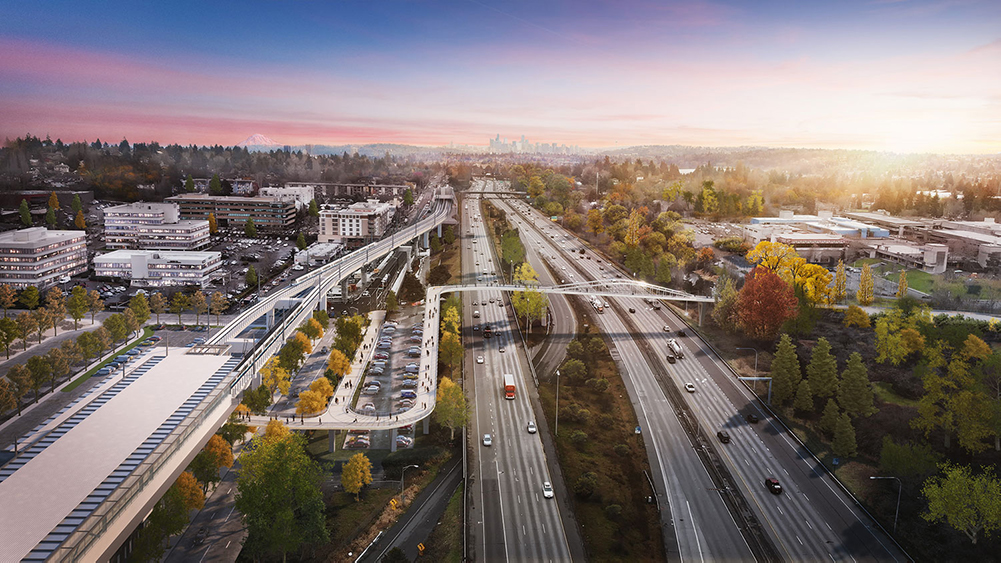 For more information on the Northgate Pedestrian and Bicycle Bridge and its construction schedule, see the City’s site here.