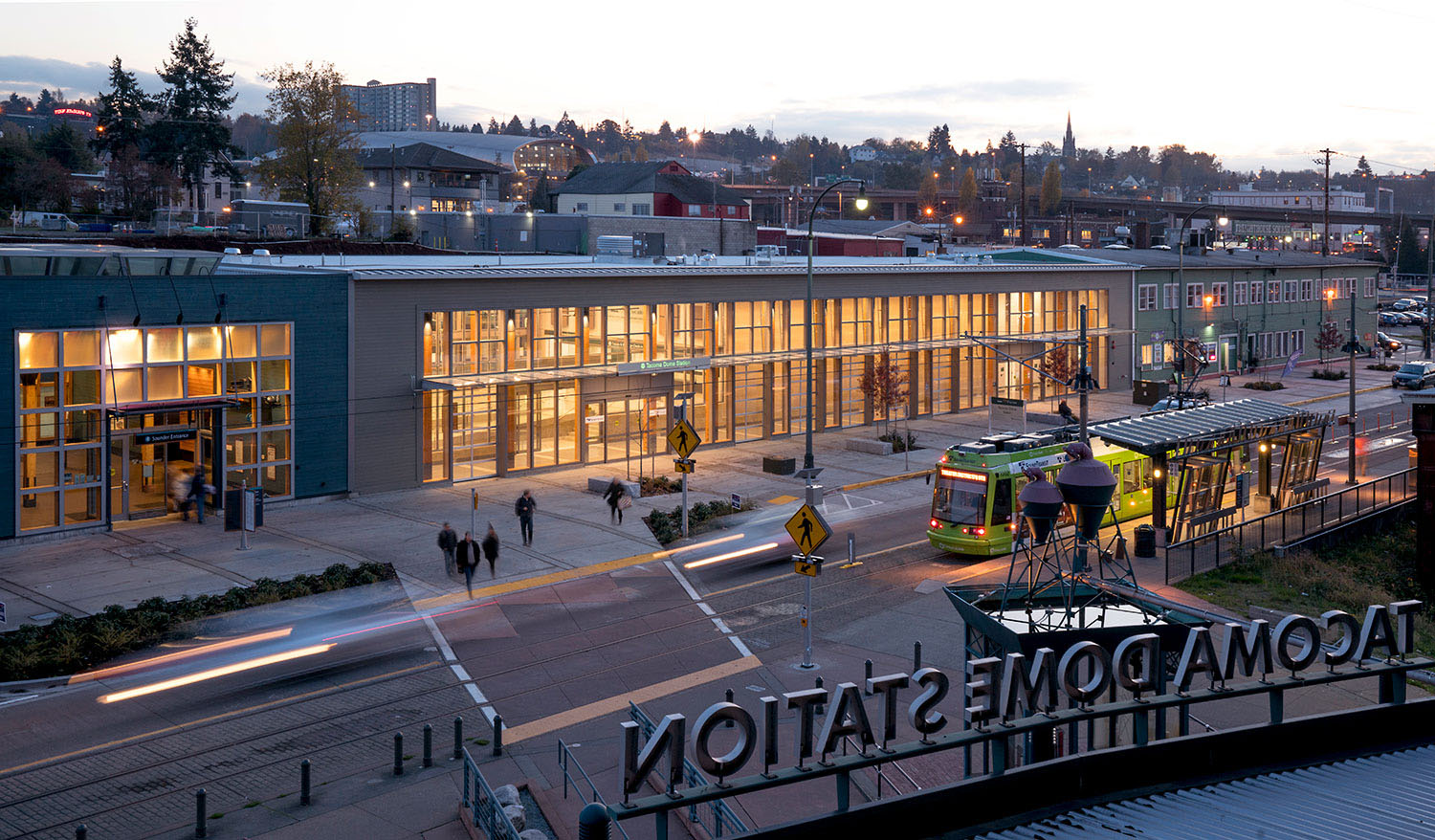 The project won the 2017 ACEC Washington Silver Award in the Complexity category.

TACS won the Regional Excellence Award at the 2019 WoodWorks Wood Design Awards. Juror comments included,  “What struck me about the Tacoma Amtrak Station was the sheer elegance. This is not just an important piece of wood architecture, it’s an iconic piece of civic architecture that’s highly resolved as a piece of design.” 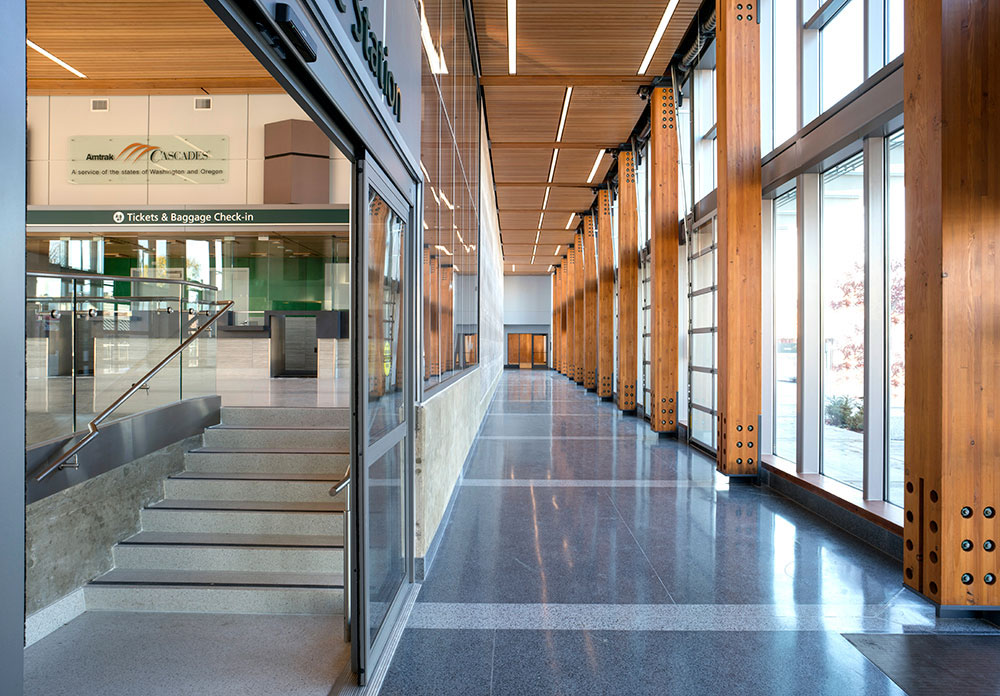 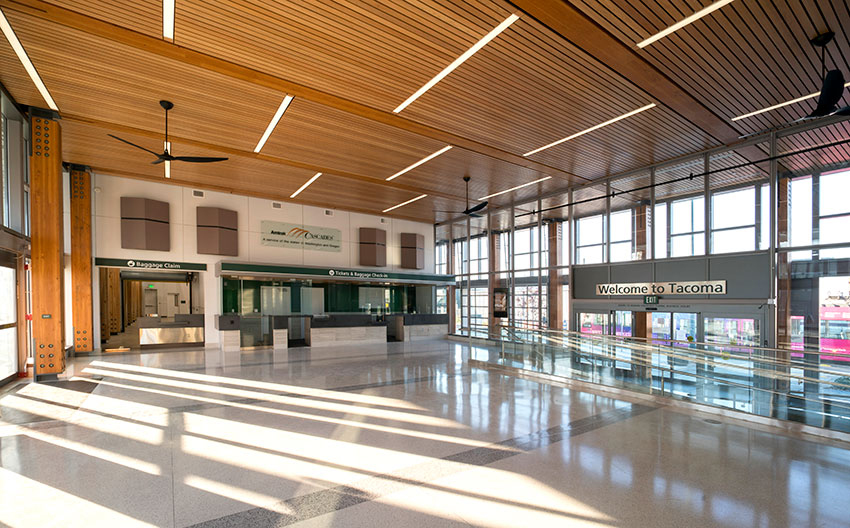 The new 7,000-square foot station facility is located inside of Freight house Square, a 1909 railroad terminus, later transformed into an urban shopping center. Station architecture references the 100 plus year old building while fulfilling current standards for seismic, thermal, and life safety. While a majority of the building has been removed and replaced with new systems and materials, efforts were made to reclaim as much of the original building material as possible for reuse. 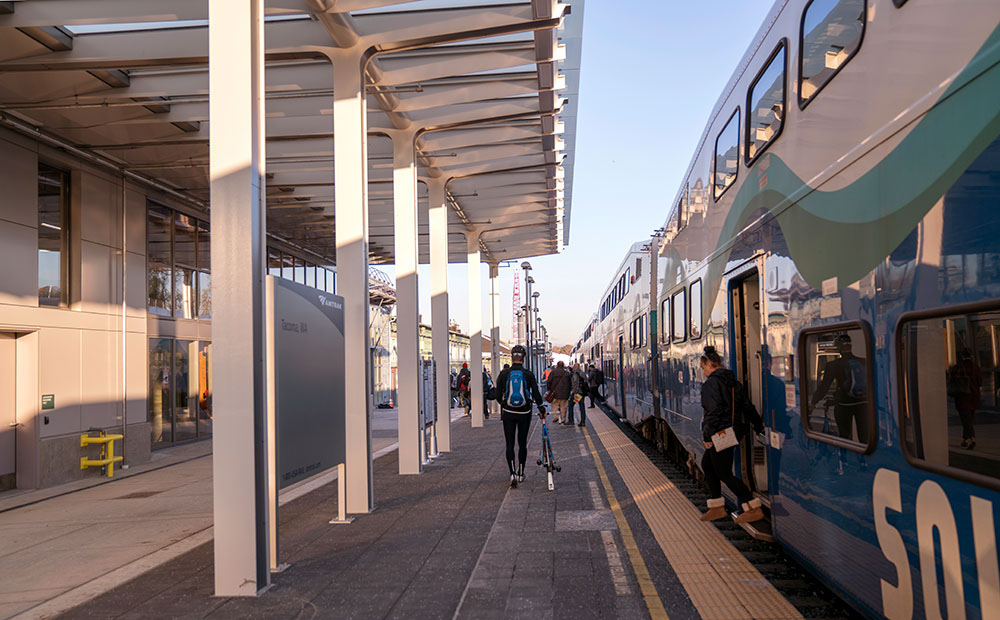