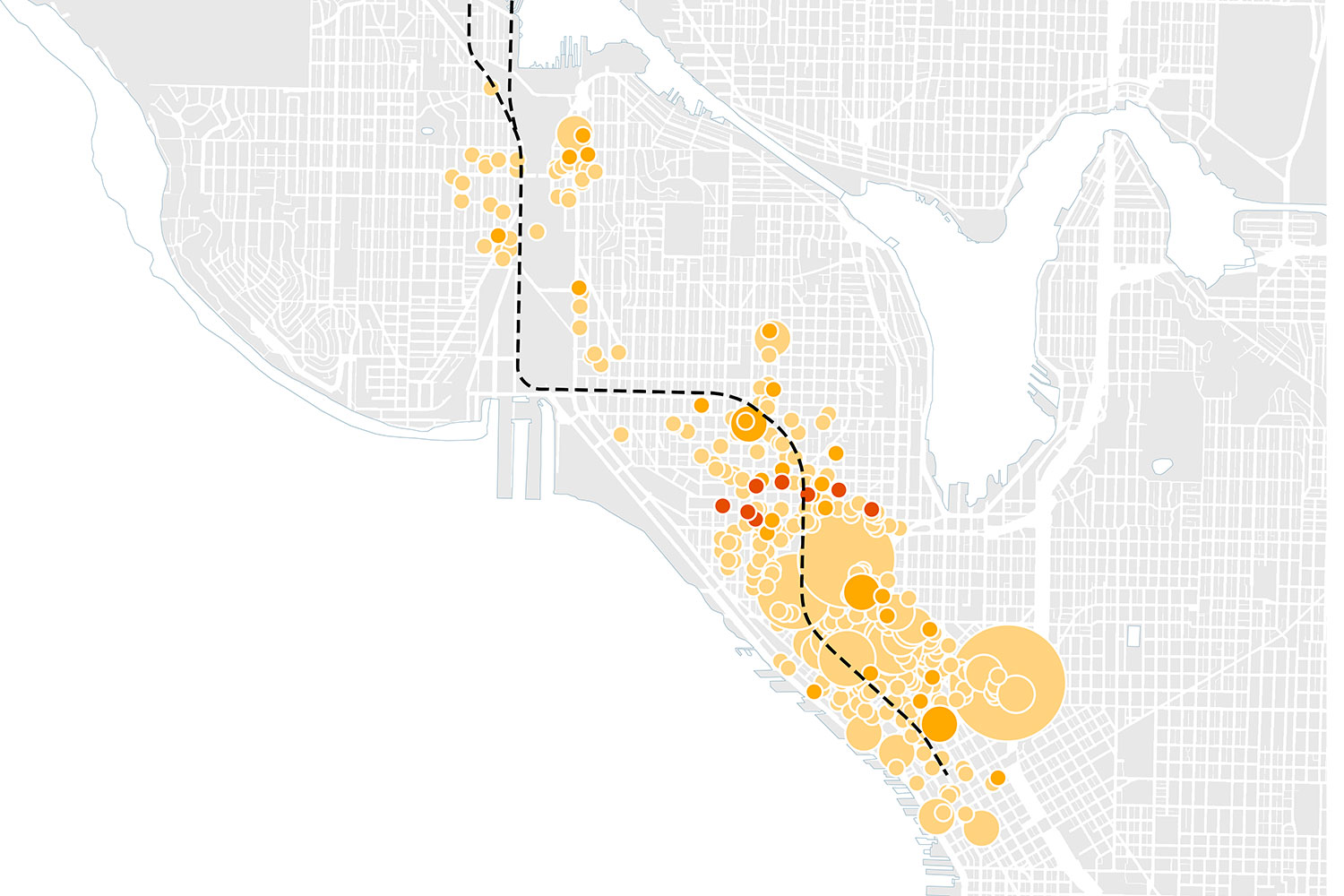 The Ballard-to-Downtown Seattle High Capacity Transit (HCT) Study is a collaboration between Sound Transit and the City of Seattle to explore opportunities for improving transit connections between Ballard, Fremont, and Seattle’s city center.

VIA developed the methodology and conducted analysis on the potential for proposed HCT alignments to support sustainable urban growth. Integrating land use and transportation, VIA analyzed how different alignments might support economic and transit-oriented development in the Ballard to Downtown corridor.

VIA’s transit and land use analysis included identifying station-area factors that support transit use and the formation of compact, sustainable communities and identifying opportunities for expanding station access via improvements in pedestrian and bicycle facilities and/or integration with other modes. VIA also collaborated with Heartland LLC to design a development propensity analysis to illustrate the comparative performance of the proposed HCT corridors in terms of ability to impact projected development patterns.

VIA also developed a series of test-to-fit HCT station typologies to explore the feasibility of various station locations along the proposed alignments as well as the challenges and opportunities posed by each potential location.