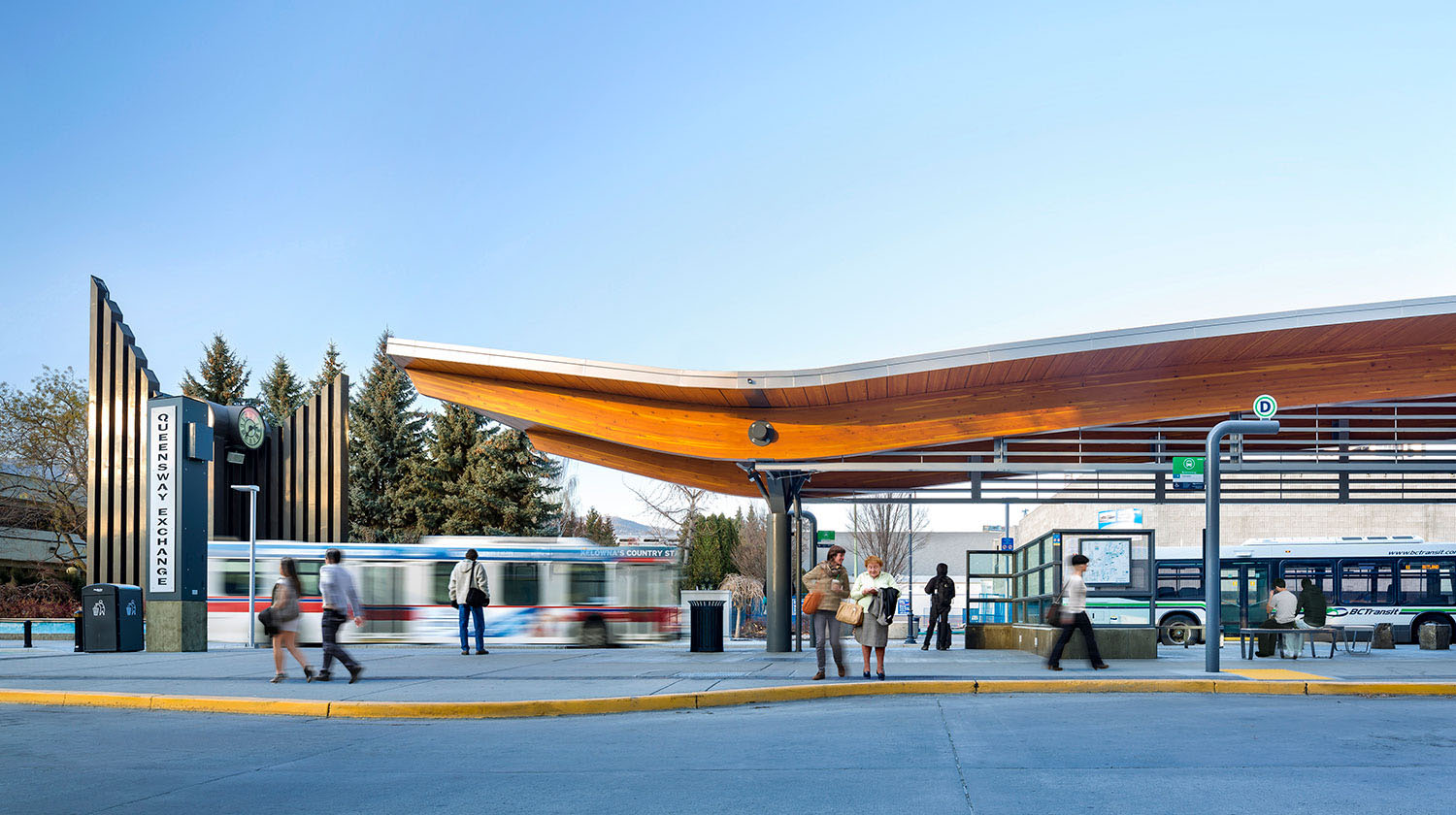 The Queensway Transit Exchange in Kelowna BC acts as a gateway into the city’s downtown core. With its warm and inviting appeal, seating pods, and transit connectivity to the best of the City’s entertainment, cultural, and employment districts, this project succeeds in being a “placemaker”.

The Queensway Transit Exchange is a multiple-award-winning project, having received the following awards: