The City of Kirkland hired a consultant team including VIA Architecture to design a safe and memorable crossing over its busiest corridor in the Totem Lake neighborhood. The area is seeing intensive mixed-use development including large multifamily developments in adjacent areas to the future pedestrian bridge.

As the key link in the Cross Kirkland Corridor, the Totem Lake Connector will act as a structurally dramatic bridge that will become an icon for the city, Totem Lake, and act as one of the more dramatic experiences on the corridor.

Through a constructive public engagement process consisting of three open houses and online voting, the design team developed four distinct structural options that engage the site in dynamic ways. VIA participated in the public discussion, aiding the project team and City on settling a preferred option that complimented the spanned intersection’s urban character.

The Totem Lake Connector is the end component for the Cross Kirkland Corridor and links this trail with the lush Totem Lake greenspace. The preferred design option ‘Skipping Stone’ elegantly deposits users into the park while offering unique outlook points along the bridge to further connect travelers with nature. 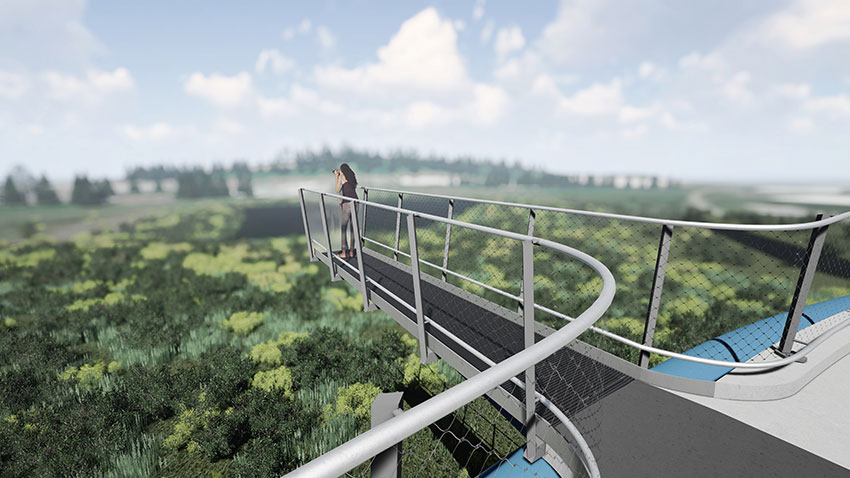